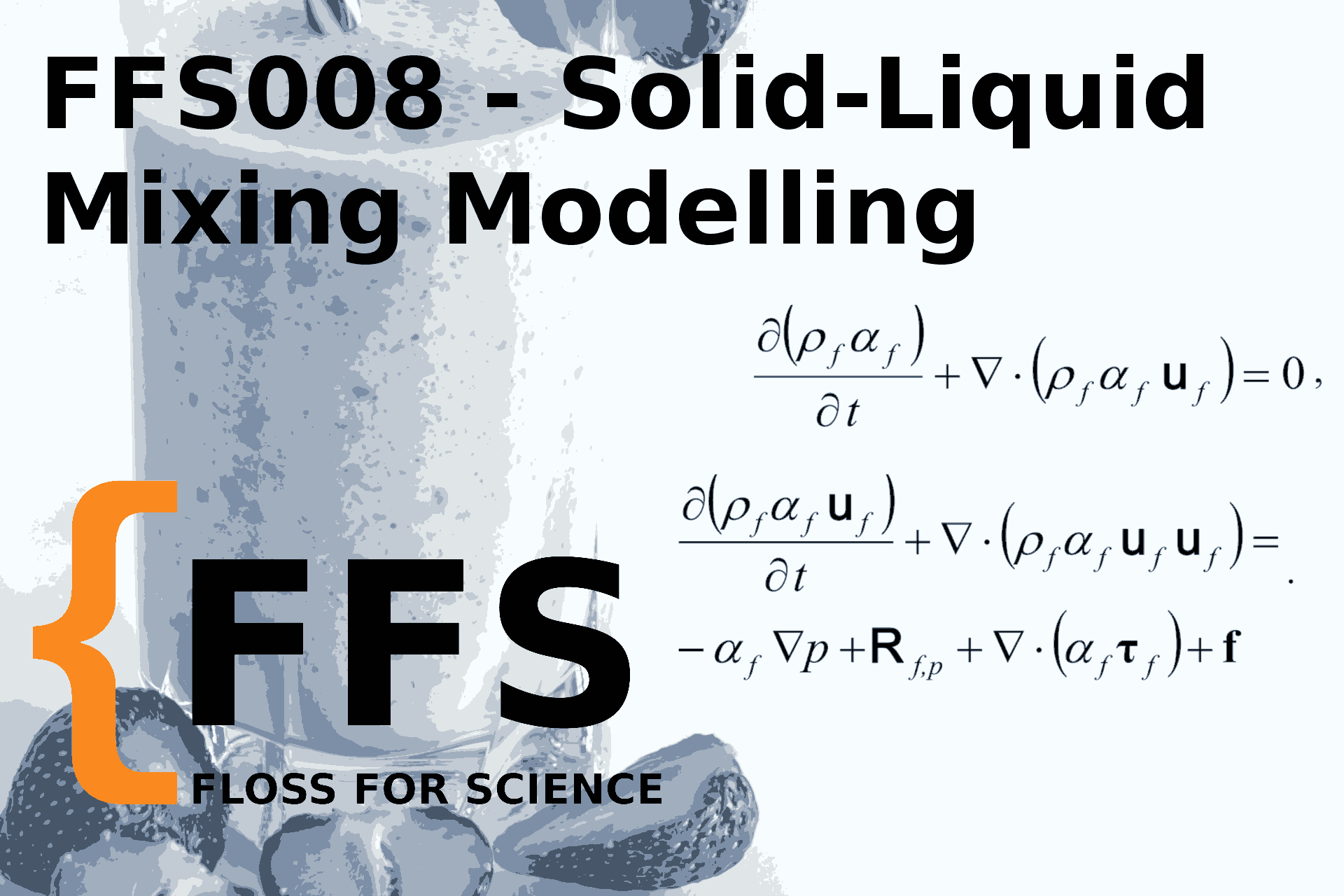 For episode 8, we interviewed Bruno Blais about his utilization of open source software in his research about solid-liquid mixing. We started our conversation by talking about the different kinds of software packages he uses in his simulation workflow. We then asked him why and when he has decided to use FLOSS tools in is research. Following that, we talked about his philosophical and practical reasons to use FLOSS. He then shared with us how he contributes to the software he is using in his daily research. Finally, we talked with him about the significance of FLOSS for the openness of science and how it affects the society as a whole.

This episode is the first of series about finite element simulations, meshing and geometry analysis. Follow us to be informed when we will release our next episode about the open source meshing tool GMSH.

Bruno Blais is a Research Officer with the Automotive and Surface Transportation Portfolio of the National Research Council of Canada (NRC AST) and an associate professor at the Department of Chemical Engineering at Polytechnique Montreal. He has earned a B. Eng. in Chemical Engineering, a Grande École Engineering Diploma from ENSTA Paristech, a master in Fundamental Fluid Mechanics from ENSTA and a Ph.D. in Chemical Engineering from Polytechnique Montreal. Bruno is a Vanier Graduate Scholar (2012-2016) and has received the Govenor’s General gold academic medal for his thesis work on numerical modelling of multiphase flow. He has also received the best thesis award from Ecole Polytechnique (2017) and the North American Mixing Forum (2016-2017). Bruno has also received other recognition such as the Da Vinci Profile of Ecole Polytechnique (2012) and the Master Île-de-France international Scholarship (2011-2012). Bruno’s expertise lies in the development, verification, and validation of high performance digital models for fluid mechanics, heat transfer, and complex multi-physical and multi-scale phenomena. His research interests are in computational fluid mechanics (CFD), reacting flow, granular and solid-fluid flow modelling, topology optimization as well as high-performance computing on distributed high-performance architecture and on GPU. He has been an active collaborator of the CFDEM project, an open source platform for granular and solid-fluid flows, since 2013.

You can also download this episode as MP3 or OGG. .