EP007 A Guide to Software Licenses in Science 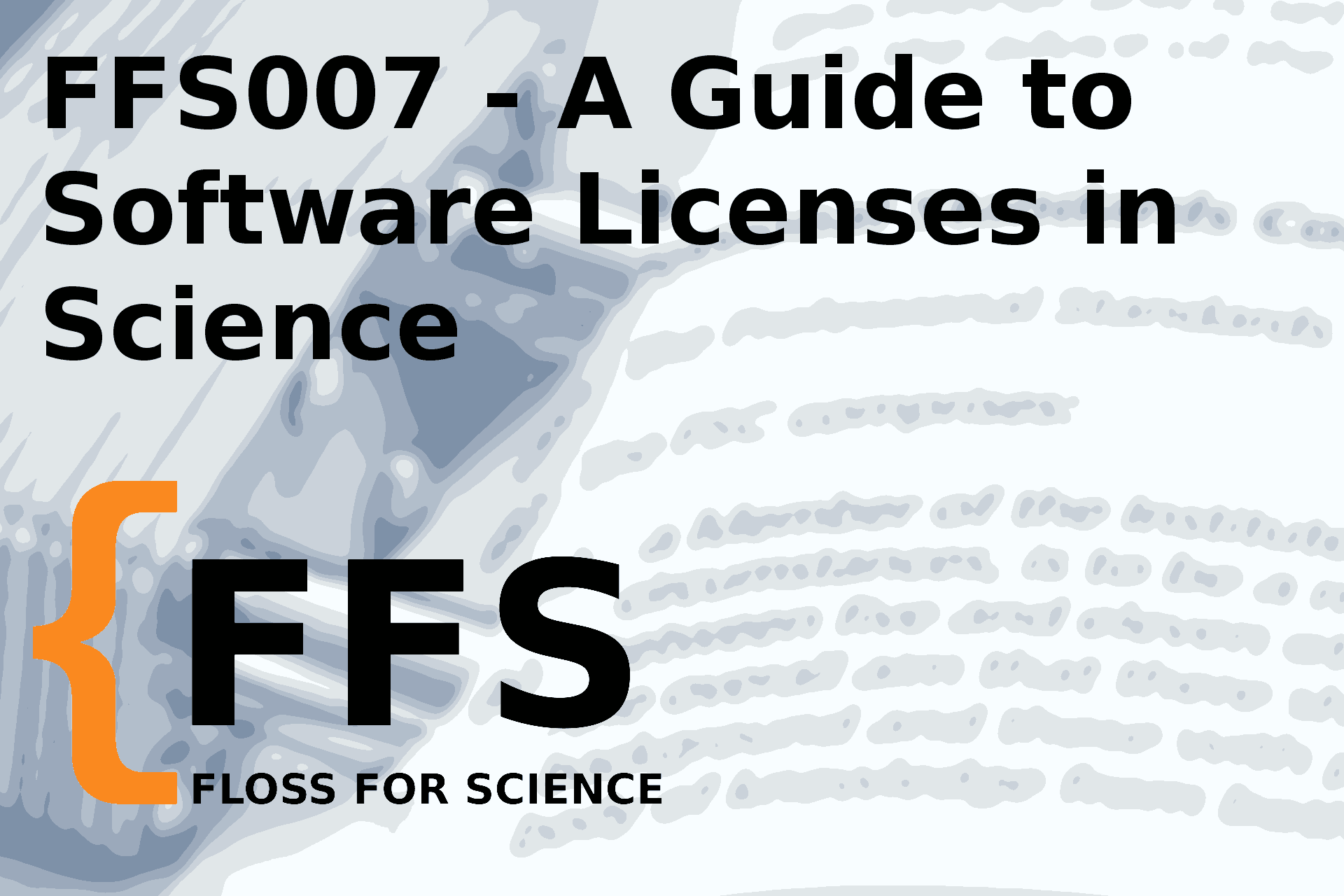 EP007 A Guide to Software Licenses in Science

For Episode 7, we interviewed Karl Fogel and James Vasile about the importance of software licenses for scientists. The discussion was inspired from Chapter 9: Legal Matters: Licenses, Copyrights, Trademarks and Patents of Karl’s book: Producing Open Source Software - How to Run a Successful Free Software Project. Choosing a license for ones open source project is essential and we discussed why one should ship their scientific open source code with a license. In addition, we talked about the implications of providing a license and the legal aspects of licenses. Another aspect was open source license compatibility for the integration of libraries to an existing project. We also had a discussion in regards to the expectations of academic developers.

Karl Fogel is an open source software developer, author, and consultant. In 2005 he wrote “Producing Open Source Software: How to Run a Successful Free Software Project” (O’Reilly Media, online at producingoss.com, based partly on his experiences in the Subversion project. He has worked at CollabNet, Google, Canonical, O’Reilly Media, and Code for America / Civic Commons, all as an open source specialist. He is now a partner at Open Tech Strategies, LLC, where he helps organizations launch and engage with open source projects. He is also an Open Internet Tools Project Fellow at the New America Foundation, a former member of the board of directors of the Open Source Initative, and a member of the Apache Software Foundation. He is @kfogel on Identi.ca and Twitter, and his home page is red-bean.com/kfogel.

James Vasile has fifteen years experience as a user, developer, advocate and advisor in the free and open source software world. His expertise is in software licensing and community-building, as well as non-profit and small business startup. He focuses on free software and open source production, although his work and interests often take him far beyond the world of software. Much of what James does involves teaching people how to build successful businesses around free software and ensuring licensing alignment in multisource FOSS stacks.

Previously, James was a Senior Fellow at the Software Freedom Law Center, where he advised and supported a wide range of free software efforts. A former Director of the FreedomBox Foundation, James remains active in several technology development efforts.

James was a founding board member of Open Source Matters, the non-profit behind Joomla. He began his career at Cravath, Swaine & Moore. You can learn more about him from his GitHub activity and his LinkedIn profile, or by connecting with him on Twitter.

You can also download this episode as MP3 or OGG